A collection of the best free online crazy games.

Crazy games - no other words needed. Crazy action, crazy adventure, crazy ride and simulation, simply crazy world of games based on unblocked imagination. Collection of the craziest games for all lovers of craziness. Read more.

Trust Me, I got this!

What are crazy games?

I am sure you remember some games you played many years ago, for example in a childhood. And now try thinking a bit - were the games crazy? Here we go! Crazy games are the games you will remember forever. Due to their concept, developers do not have any limitations for game design and thus these games can be so crazy as funny and addictive - ideal mix of properties bringing unbelievable experience from playing these games. Try few of them end enjoy unblocked crazy games gaming adventure.

Whatever you are looking for "crazy games" or anything related, you often find only modern, unsorted and mostly boring games. So great games known from the era of flash seem to be gone - find a really good crazy game is huge problem today. However, do not despair, we took the hard work on ourselves and found and list the best crazy games to this page. If you think we miss some really crazy game, do not hesitate to let us know!

Craziest games of all times 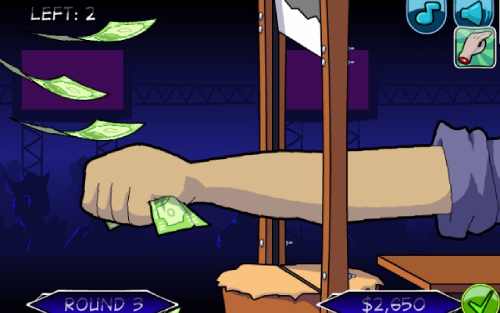 A legend has it that Google knows everything best which could bring you an idea to make a list of the best crazy games based on a search statistics. This idea makes a general sense, however, googling for games related to crazy gameplay often ends with a result referring to a gaming website with "crazy" word in its domain name (crazygames, topcrazygames, unblockedcrazygames ...) which all are websites with common web games and everything related to anything crazy ends with the mention in their url.

There is clear that the opinions of each user and player are different and while someone can consider e.g. Minecraft or every second car games for a crazy game, the other one can take these games as absolutely boring matter. The great example could be the best selling Czech VR game Beat Saber - the thought of being in VR, listening a music and flapping with lightsabers may seem weird or even crazy, moreover when you are a spectator watching someone playing it, however, just once you breaks the first musical note of the great music soundtrack, you stop deal all weird things and just enjoy the move. The example with VR has one more vertical - it all is a whole new experience whose basic characteristic is a strange feel because it is something new we are not used to - few years ago, most people would look at you like at a fool saying him about playing movement games with a headset on the head, few years later it is quite normal thing - nothing crazy - and same applies for all old and new games. What is crazy in one year, it may be normal in another year and retrospectively. For that reason, our selection of crazy games is focused on a pure game design which is only long-term sustainable recognition factor of crazy games.

If you have found any representative of crazy games blocked on your electronic device, most likely this is due to blocking by network or device administrator. To play any of crazy games, there is a need to enable running of the game, change the network or the device you are connecting from, or use an alternative solution to avoid the blocking - see available options.