A collection of the best free snake games online.

Snake game (alternatively named as worm game) is a game inside which player's goal is to feed a snake whose length growths proportionally to the eaten food. Increasing snake length in the field of static game area makes space for snake move smaller which results in gradually increasing game difficulty. Retro snake games based on original concept from 1976 works with a single-player concept where the snake body line becomes a primary obstacle while modern snake .io alternatives work with a multiplayer based concept where a snake can go over own body, but cannot touch other snakes. Read more. 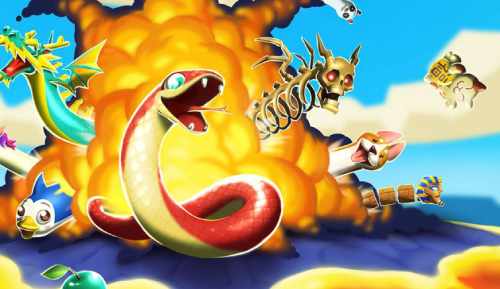 Snake (alternatively Worm) is a common name for a 2D game built on a simple game design with a fixed wall along game area inside which the snake moves and whose edges cannot hit. Game score grows together with the growing length of the snake after eating food easily reachable in the gaming area. Snake game ends once a player hits an obstacle dependent on a game variation - with the head into own snake body, wall at the game area or a different snake.

The snake game design dates tens years back to October 1976 when Gremlin Industries (founded 1971) introduced a snake arcade video game Blockade. Next year, in 1977, Atari released two Blockade-inspired titles for their Atari VCS gaming console. First version of snake arcade game for personal computers was developed by Peter Trefonas released for various PCs (TRS-80, Commodore PET, Apple II) in 1978. Versions for next computers created by various companies were followed in the coming years. Arcade snake related games needed only a few years to become available for most devices which allowed playing games. On Microsoft windows OS we can play Snake since 1992.

Killer app of a snake game 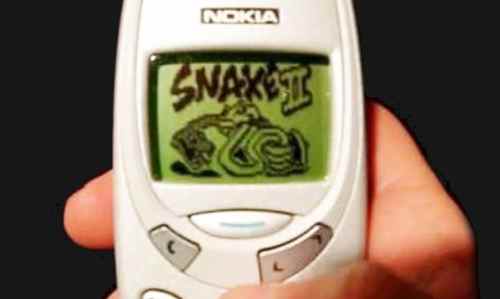 When personal computers achieved mass adoption, PCs already offered many games for playing and getting new ones was quite simple. Although new better-looking versions of the Snake game were not bad, snake had it really hard in the competition of other games.

However, the situation was extremely different in the field of mobile phones. Like on PCs years ago, mobiles did not offer high performance nor a quality screen to display any details. Ideal conditions for the snake game and Nokia took the benefit! Although first snake game (Snake I) was released for Nokia 6110 in 1997, we all remember very well second version of snake (Snake II) which came with immortal Nokia 3310 in 2000. Some say that Nokia 3310 is the most secure hardware storage and people will be able to play Snake II on this device forever. BTW, Snake classic (this time in version 2017) is available also in the new reincarnation of Nokia 3310. Philosophical question: Does the game worth of buying the phone?

Fun fact by the end: Nokia port of Snake is one of 40 games that the curators wished to add to the Museum of Modern Art in New York City's collection.

Snake game exists in numerous incarnations. Snake game is a legend as a whole. Regardless a version you currently play. In 1996, magazine NextGeneration (also known as NextGen) ranked Snake (as a whole with all his incarnations) as the 41st game of their "Top 100 Games of All Time" list. You can still play classic Snake versions online via emulators or via their modern retro reincarnations. 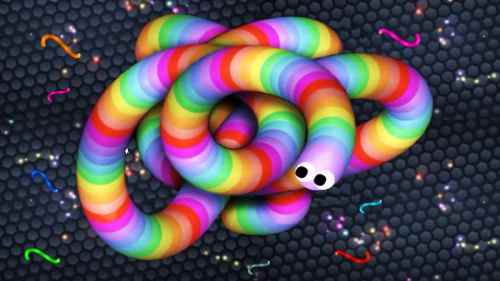 Modern online versions of snake games brought real revolution - great graphics in a package of addictive multiplayer gameplay session where players play snake game online and fight each other for 1st place on the list of the longest snake worldwide. Most of these reincarnations belong between so called Snake io games which you can play in both 2D and 3D. Snake games online as Slither.io and other crazy snake alternatives are very popular in browsers and mobile today.

Gaming website would not call itself gaming if it would not offer snake games. As mentioned, there is a huge number of free snake games to play. Select the best one of them would be a matter of the Nobel Prize. We are not so good to select one, but we managed to select the collection of free unblocked Snake games we consider as interesting for you. Have fun during playing these snake games!

If you have found any representative of snake games blocked on your electronic device, most likely this is due to blocking by network or device administrator. To play any of snake games, there is a need to enable running of the game, change the network or the device you are connecting from, or use an alternative solution to avoid the blocking - see available options.